Malad Gorge State Park in Idaho is just one of six units that make up Thousand Springs State Park. This state park contains a 250-foot deep canyon which the turquoise-colored Malad River runs through, as well as a sixty foot thundering cascade named the Devil’s Washbowl.

This really cool geologic feature is a must see in Southern Idaho, and is very easy to visit considering that it is located right off Interstate-84. Although Malad Gorge is located right beside the highway, it is out of sight from the road so you will have to visit the state park to see this hidden gem.

After entering the park you will be greeted by vast, flat grasslands filled with sagebrush. You may wonder to yourself how could there be anything of interest around here.

But once you park the car and head towards the steel footbridge that spans the Malad River, you will be amazed at how such a huge slice in the earth’s crust can be hiding in plain sight!

The 250-mile long Malad Canyon is a sight to behold, and it’s a wonder how unknown it remains even though Interstate-84 lies just above it. We couldn’t believe that we had driven this highway many times before and had never noticed the gaping chasm.

From the footbridge you can look two hundred feet down to the canyon floor where the Malad River meanders over large basalt rocks on its way out to the Snake River.

The twelve mile long Malad River, which is formed at the confluence of the Big Wood River and Little Wood River near Gooding, is one of the shortest rivers in the United States.

If you’re wondering how Malad Gorge got its name, or what Malad even means, I can help you answer that question.

The word “malade” means sick in French, and it is assumed that the gorge was named after a party of French-Canadian fur trappers became ill from eating beavers on the shores of the river while investigating the area in the early 19th century. Unfortunately, beavers do not inhabit this area any longer.

The waterfall (or retreating cataract), is a remnant of immense flows of water from alpine glaciers high in the Sawtooth Mountains and Pioneer Mountains that happened several thousand years ago.

Weak joints in the basalt walls gave way to these rushing waters at the mouth of Malad Canyon, concentrating the water into a narrow channel. These concentrated flows began to retreat and deepen over many years creating the canyon you see today.

It’s crazy to think how much water must have flowed through here once upon a time to create such a deep and wide gorge.

There really aren’t any hiking trails in Malad Gorge State Park. However, there is a short paved path that is worth taking which leads to an overlook of Malad Gorge.

This overlook offers a different perspective of Malad Canyon and Devil’s Washbowl. At the overlook are information boards describing some of the geology of the area. There is also another waterfall that can be seen across the canyon. The walk to the overlook is only about 0.3 miles and very easy to do.

From the overlook you can wander beyond the paved path along the canyon rim to take a closer look at the second waterfall.

We didn’t go much further than the overlook though and just explored the rock walls of the canyon. It is a very steep drop so be careful if you decide to get closer to the edge of the canyon rim.

There are some good spots along the canyon rim to sit down and enjoy the views or take some photos. Either way, it is worth the walk out to the overlook and will take less than five minutes from the footbridge.

While at first glance Malad Gorge State Park may not seem very impressive, especially when you first pull into the park, you will no doubt change you mind once you are peering over the edge of the crazy high footbridge into the canyon.

Although small, this park is surprisingly beautiful, and a great spot to stop and stretch your legs if you are on a longer road trip and happen to be passing through the area.

While I wouldn’t recommend driving five hours out of your way to visit Malad Gorge, it certainly would be worth the road trip if you are going to visit other attractions in the area such as Box Canyon State Park, Blue Heart Springs, or Ritter Island.

If you would like to visit other parts of Thousand Springs State Park, I suggest taking the Thousand Springs Scenic Byway which will lead you through Southern Idaho’s agricultural back roads where you can find other beautiful waterfalls, hidden springs, and fossil beds.

Thousand Springs Scenic Byway begins on State Route 30 which is just north of Malad Gorge State Park near Bliss and travels approximately seventy miles through to Twin Falls. This scenic route can easily be completed in one day.

How Deep Is Malad Gorge?

Is It Free To Visit Malad Gorge State Park?

What Are Park Hours At Malad Gorge State Park?

Can You Camp At Malad Gorge State Park?

There is no camping at Malad Gorge State Park. However, there are several RV parks and campgrounds along Thousand Springs Scenic Byway.

Where Is Malad Gorge State Park? 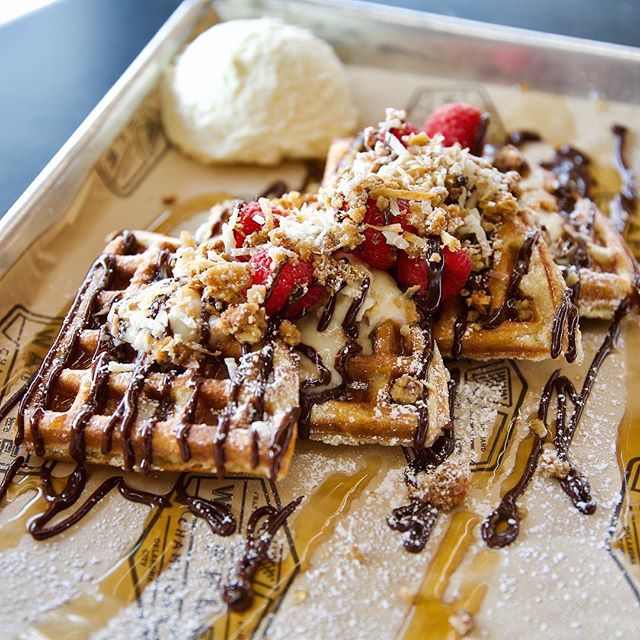